Above 500 students at Flagler-Palm Coast Large University protested the state’s anti-LGBTQ ‘Don’t Say Gay’ monthly bill yesterday by walking out of school for 20 minutes or so. The main organizer of the occasion was suspended ‘until even further notice’ (which is illegal underneath U.S. Supreme Court docket precedent) by the substantial faculty principal for bringing and distributing satisfaction flags to pupils. The principal instructed the university student that he was ‘disrespectful and openly advocating towards employees.’ Before the protest, the principal pulled the college student aside and ‘voiced his opposition’ to the pleasure flags.

As the report in the Daytona Beach front Information-Journal notes, “students who confirmed up to the stadium with flags and other pride-relevant merchandise have been blocked by administrators attempting to confiscate them.” Moreover, “students at the event said directors circled protesters in the stadium, threatening them with self-discipline if they didn’t transform in their satisfaction and LGBTQ+ flags.”

The university district spokesperson stated that college student leaders ended up told no flags prior to and at the beginning of the celebration “so as to steer clear of undue basic safety issues and campus disruptions.” Right here are the flags in query that seemingly ended up a disruptive security problem: 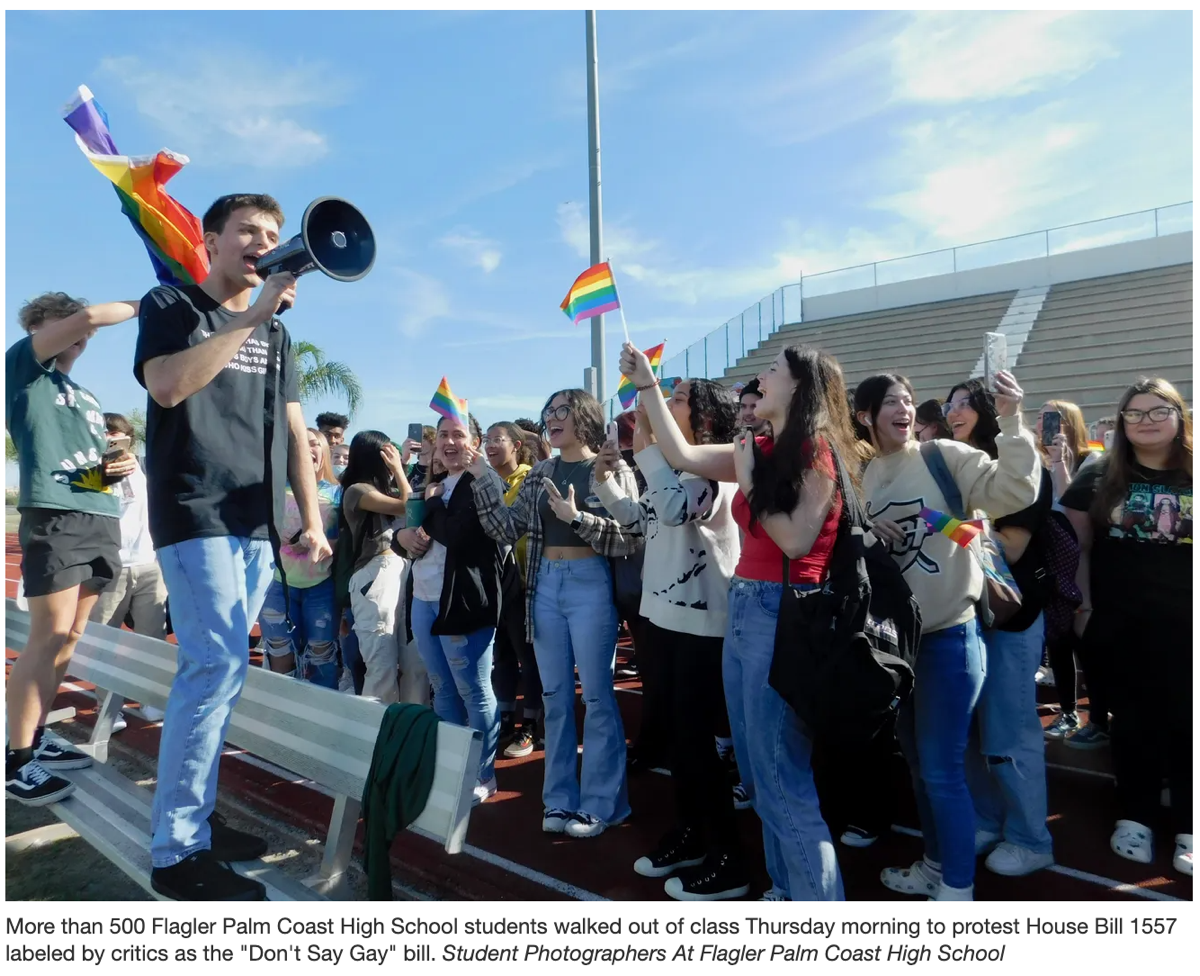 The college district superintendent also has banned the e-book, All Boys Are not Blue, from college libraries so there seem to be ongoing concerns in the community pertaining to equity, acceptance, and inclusion.

As scholar bodies keep on to turn into additional diverse – and as LGBTQIA+ students and their families continue to advocate for larger acceptance of their human rights and dignity – it is crucial that university administrators figure out strategies to move their school devices forward, not backward.

We need to have to do far better than this.

How all girls can go to school. The story of Miremba

Teaching SEL-Infused ELA Lessons with the ‘The Shark Caller’

On the Low Standards of Eric Adams and the Post Editorial Board.