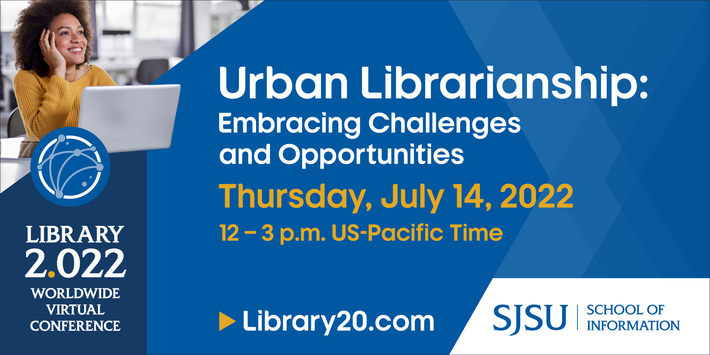 Our second Library 2.022 mini-conference: “Urban Librarianship: Embracing Challenges and Opportunities through Innovation, Leadership, and Best Practices,” will be held online (and for free) on Thursday, July 14th, 2022.

Urban libraries are uniquely positioned to support the resiliency of their local communities and to deliver vital services to help individuals live their best lives. Urban libraries have a unique impact on the well-being of their communities and are essential agents to positively transform those communities and people as anchor institutions and community hubs, and as partners with local government, private sector, nonprofits, and other community-based organizations for collective impact.

Urban librarianship increasingly encompasses having to address many of society’s challenges through the people we serve. This situates Urban libraries in the epicenter of the communities they serve and also presents new opportunities to impact them at even greater levels. As always, we are up to the challenge. This Library 2.0 mini-conference is a chance to share and to learn the ideas, innovations, tools, and techniques that will help all library leaders in their work with people and their communities.

Topics are likely to include:

This is a free event, being held live online and also recorded.
REGISTER HERE
to attend live and/or to receive the recording links afterward.
Please also join this Library 2.0 network to be kept updated on this and future events.

Everyone is invited to participate in our Library 2.0 conference events, which are designed to foster collaboration and knowledge sharing among information professionals worldwide. Each three-hour event consists of a keynote panel, 10-15 crowd-sourced thirty-minute presentations, and a closing keynote.

Participants are encouraged to use #library2022 and #urbanlibrarianship on their social media posts about the event. 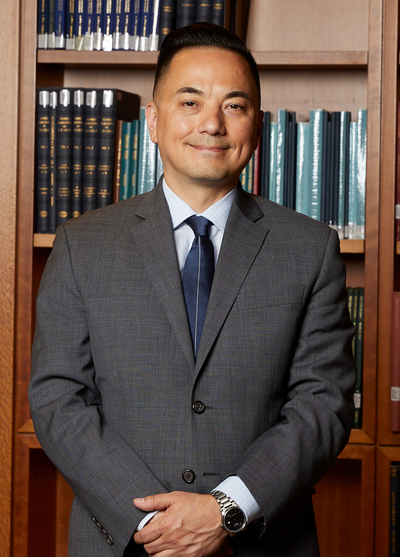 Michael Lambert is the City Librarian for the City and County of San Francisco. He was appointed to the position in March 2019 by Mayor London Breed. During his tenure, the San Francisco Public Library (SFPL) was named the 2018 National Library of the Year by Library Journal. Michael Lambert has championed increased and equitable access to libraries through expanded hours and a fine-free library system. Prior to his employment with the City and County of San Francisco, Lambert managed library operations at San Mateo County Libraries and at the Charlotte Mecklenburg Library in North Carolina. He began his career in his hometown of Columbia, South Carolina at the Richland Library. He is a proud alumnus of the University of South Carolina with a degree in History and earned his Master of Library and Information Science Degree from South Carolina’s College of Library & Information Science. Lambert also serves on the Our Children Our Families Council and the City’s Committee on Information Technology. He was born in Seoul, Korea, and is the first Asian American to lead the San Francisco Public Library. 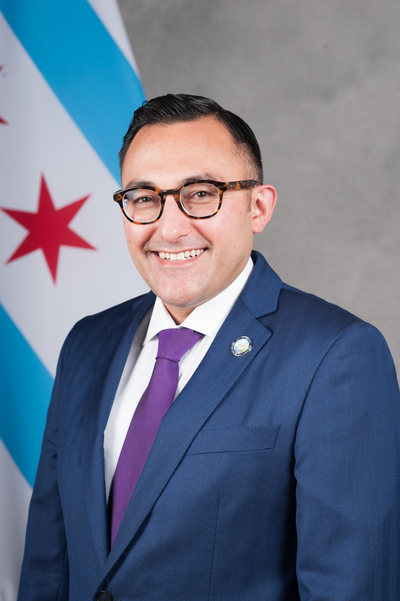 Chicago Public Library Commissioner Chris Brown is passionate about redefining what public libraries can bring to the communities they serve. This mission is particularly vital for CPL—its 81 locations make it one of the world’s largest library systems. Brown came to CPL in 2021 after more than a decade serving in Californian districts. Throughout his career, he has prioritized equity and the democratization of access to information, including nontraditional patrons and resources beyond traditional library materials. He is currently spearheading collaboration with neighborhood safety groups, City departments, and outside partners in order to establish safe spaces for youth. He has also initiated CPL’s first organized analysis of its processes with the goal of improving equity for patrons. This work began with the opening of CPL’s first regional library on Chicago’s West Side since the 1970s. Such leadership has earned Brown national recognition. He was named a Library Journal Mover & Shaker in 2016 and has received the Urban Libraries Council Top Innovator Award, the California Library Association PRExcellence Award, and a John Cotton Dana Award from the American Library Association in both California and Illinois. Most recently, he served on the California Library Association Board. 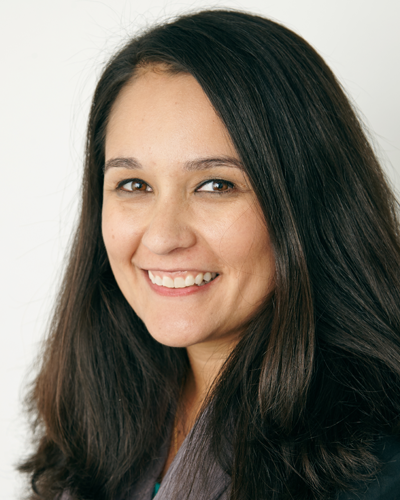 Lessa began her career at the County of Los Angeles Public Library’s Lomita Library as a page and has worked as a clerk, children’s librarian, teen librarian, and adult services librarian. She is currently the Adult Services Assistant Manager at the Palos Verdes Library District in Southern California and the Executive Director of the Asian/Pacific American Librarians Association. Joining ALA as an MLIS student at UCLA, Lessa is a 14-year dedicated member committed to improving upon and celebrating the strength of ALA and the National Associations of Librarians of Color. She just completed a 3-year term as an American Library Association Executive Board Member and 2-year term as Chair of the Steering Committee on Organizational Effectiveness (SCOE). In April 2021, members voted Lessa 2022-2023 President of the American Library Association. 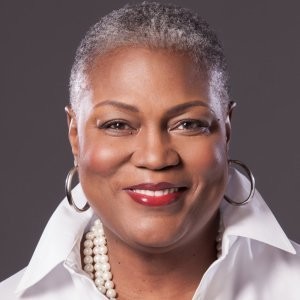 Dr. Rhea Brown Lawson is a consummate, passionate professional with broad knowledge and experiences providing leadership for library services in large urban centers. She has served as the Executive Director of the Houston Public Library since 2005. The Houston Public Library is the largest public library in the state of Texas, serving over 2.2 million people of diverse ethnic, racial, and social backgrounds through a network of 42 locations. It ranks seventh among the largest public library systems in the United States in terms of population served. Dr. Lawson is keenly focused on ensuring that public libraries in general and, the Houston Public Library in particular, remain essential to the quality of life in their communities. The Houston Public Library embraces the philosophy of Continuous Improvement. With its emphasis on excellence, the Library is continuously evolving and moving forward a comprehensive, innovative platform of library services and programs to meet the rapidly changing needs of today’s customers and the dynamic changes in the virtual environment. Houston Public Library aggressively promotes its vast resources through strong advocacy, high visibility, exemplary customer service, strong partnerships, and broad reaching community engagement. Under Dr. Lawson’s leadership, Houston Public Library has earned over thirty prestigious local, state, and national awards for services, innovation and building projects. Dr. Lawson serves on a number of professional and civic boards and committees. She holds a BA from Morgan State University in Baltimore, Maryland, a MLS from the University of Maryland in College Park, Maryland and a PhD from the University of Wisconsin-Madison, in Madison, Wisconsin. Dr. Lawson enjoys time with friends, painting, music, and organic gardening. Her greatest joys are her grandson Nigel and her daughter Ebony. As executive director of the Las Vegas-Clark County Library District, Kelvin Watson oversees 25 branches run by 600+ employees, spanning 8,000 square miles, with a budget of $77 million and a collection of 3.2 million items. Kelvin has brought innovative, award-winning leadership to Nevada’s largest library system and his deep experience in fundraising, technology, program development, and demonstrated success in addressing the digital divide, has brought a new era to this library system. Regarded as one of the most highly respected thought leaders in the library industry, Kelvin is credited with expanding his customer base in multiple library management roles, through outreach efforts to underserved and diverse populations. Two examples of these in Las Vegas are a partnership with the Regional Transportation Commission of Southern Nevada, which made digital access to the library available to bus riders and won an Honorable Mention from the ULC Innovation Awards; and the Library District’s many literacy programs for adults and children, which received the Crystal Bookmark Award from the Las Vegas Book Festival. Kelvin joined the Library District from his role as the director of the Broward County Libraries Division, where he managed through 38 locations in the Ft. Lauderdale, Florida region. During his tenure at Broward County Libraries, he brought transformative change through ambitious and groundbreaking initiatives, such as streamlining access to resources, introducing new technology, and developing new collaborative partnerships. He was named the 2021 winner of the Margaret E. Monroe Library Adult Services Award, sponsored by Novelist, for his dedication to implementing new and innovative ways to meet customers – both existing and new – “where they are,” with initiatives targeting non-traditional library users.

This is a free event, being held live online and also recorded.
REGISTER HERE
to attend live and/or to receive the recording links afterward.
Please also join this Library 2.0 network to be kept updated on this and future events.

The School of Information at San José State University is the founding conference sponsor. Please register as a member of the Library 2.0 network to be kept informed of future events. Recordings from previous years are available under the Archives tab at Library 2.0 and at the Library 2.0 YouTube channel.