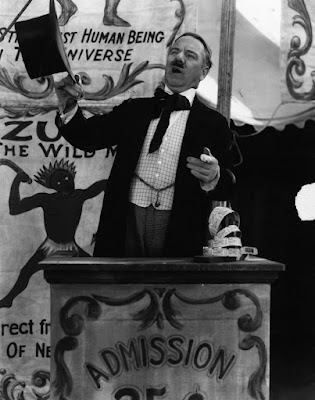 After looking at the proposal that we pay $191 to keep Medicare and our version of Medigap (a program to cover the 20% of medical expenses that Medicare does not), I thought Medigap programs must be very expensive. After all, if our union was proposing to charge us almost 200 bucks a month for reasonable coverage, it must be a lot more for someone who didn’t spend thirty years serving the city of New York.

Imagine my surprise, then, when I saw this NY Times article comparing traditional Medicare to Advantage plans. I’d figured Medigap programs must be prohibitively expensive. Otherwise, why would all those members be queuing to pay 191 bucks a month? How much was it? 500 bucks? A thousand? Here’s what the NY Times says on that:

Medigap policies are not inexpensive; a Kaiser Family Foundation survey found that they average $150 to $200 a month.

So not only were we not being offered a particularly good deal, but the
price we were being charged was on the high end. I’m in my 38th year of
working for the city, and I’ve been told to expect better than that,
pretty much since the day I started. My father told me I wouldn’t get
rich being a teacher, but we had great retirement benefits and health
care.

He was right, to an extent. I’m very happy to be in a position where I can retire without taking a job unloading trucks at Best Buy or greeting Walmart shoppers. But I absolutely expected to be fully covered by Medicare, you know, the real one that doctors accept all across the nation. I will have that option, I suppose, even if I have to pay.

But I did not expect that. Retirees already pay for prescription coverage, though I don’t recall how much. It seems pretty unfair to tack on the unexpected costs to avoid being dumped into an Advantage plan. Thus far, it appears the only advantage there is saving money for a city rolling in unspent billions from the federal government.

I’ve been pretty happy with the health care my family and I have received since I became a teacher. Sure, copays are inconvenient, but they beat the hell our of being uninsured. The thing is, though, that GHI is good in NY and Florida, but not so great elsewhere. When Mulgrew rolled back his promise that all doctors that accepted Medicare would take the Advantage plan, he modified it to say that all doctors taking our current plan would accept it.

That’s not bad, but not great either. In my meeting with UFT employees, one who now lived in New Jersey told me that it was very tough finding GHI coverage out there. Now me, I try not to go to Jersey unless someone pays me, so that won’t be an issue. Still, there are a whole lot of states other than Jersey, Florida and NY. I know someone moving to PA who’s concerned about health care, and who will have to pay if that’s what it takes to keep standard Medicare. Why can’t we keep standard Medicare with Medigap for city employees, and allow them to live where they wish without penalizing them?

I was originally open to the Advantage plan. Before all the various clarifications and screwups, I thought it might be what it was presented as. The biggest argument against that assumption was the approval issue. I had cancer once, and I recall being approved for various procedures. It was no fun, but GHI was good to me. These days, insurance companies are not altogether altruistic, and the Times piece has a sharp message about Advantage:

Advantage participants who are denied care can appeal, and those who do
so see the denials reversed 75 percent of the time, according to a 2018 report by the Department of Health and Human Services’s Office of Inspector General.
But only about 1 percent of beneficiaries or providers file appeals,
“which means there’s a lot of necessary care that enrollees are going
without,” Mr. Lipschutz said.

That’s far from encouraging. Given Mulgrew’s walkback of the contention that all doctors who took Medicare would take the Advantage plan, we know the advice he gets and relays to us is less than reliable. As far as I know, those same people are still sitting around, getting paid by our dues money, and giving him the same awful advice. There is no way I want to be at the mercy of some company whose profits are more important than my health.

Again, we’ve been promised standard Medicare plus our entire careers. But hey, if we’re gonna have to pay to keep what we’ve been promised our entire careers, you could at least offer us a good deal. It’s disgraceful that MLC (with the explicit encouragement of our elected leadership) seeks to treat NYC employees, who they ostensibly serve, like marks at some cut-rate traveling carnival.

Jay Wamsted on Having a Full Life Beyond the Classroom

4 days ago Gatot Kaca
We use cookies on our website to give you the most relevant experience by remembering your preferences and repeat visits. By clicking “Accept All”, you consent to the use of ALL the cookies. However, you may visit "Cookie Settings" to provide a controlled consent.
Cookie SettingsAccept All
Manage consent